After an extended holiday in Wellington, New Zealand, I'm getting back into making my mechanical creations. My next project is a flexible robot arm that will be able to operate in a inverted dome-shaped workspace. The arm's design has been influenced by the great work and research Festo Bionic have completed in the past, with their BionicTripod system and other flexible arm designs.

As shown below in the two very basic prototypes I have constructed, the arm's structure will consist of a central spine, with joint plates and 3 cables that will act like tendons. By pulling/pushing each cable in a coordinated way the position of the gripper end of the arm can be controlled. 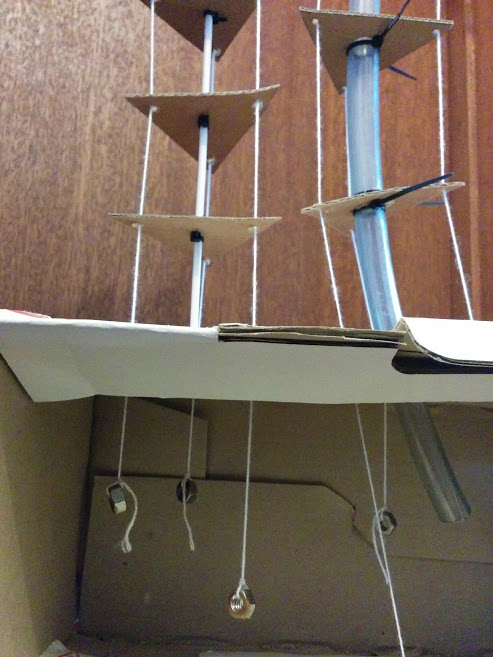 From using these prototypes, I've made the following project observations so far:

The next steps will be to scale up the arm length, invert it inside a suitable frame structure, and then add a mechanical system to control the length of the tendon cables.